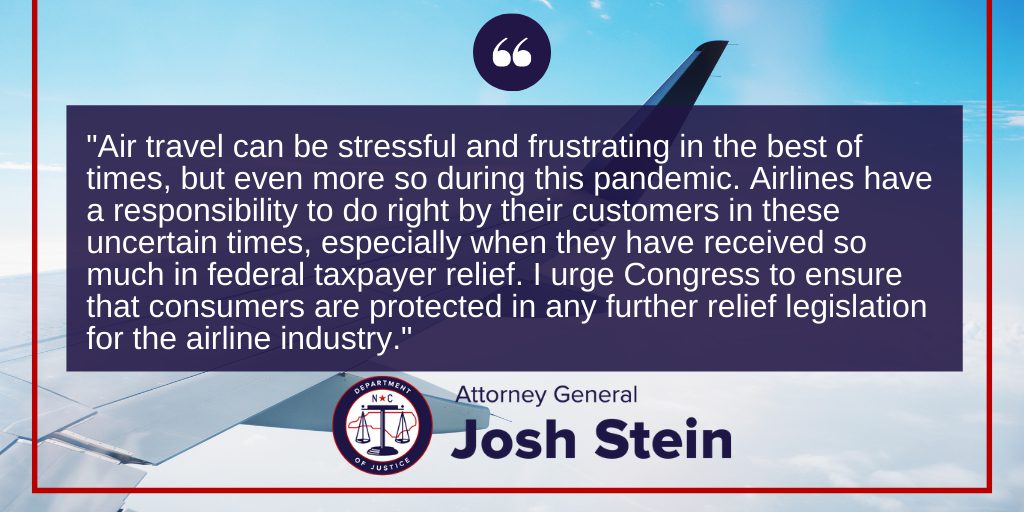 “Air travel can be stressful and frustrating in the best of times, but even more so during this pandemic,” said Attorney General Josh Stein. “Airlines have a responsibility to do right by their customers in these uncertain times, especially when they have received so much in federal taxpayer relief. I urge Congress to ensure that consumers are protected in any further relief legislation for the airline industry.”

The United States passenger and cargo airline industry received nearly $60 billion in federal stimulus funding through the Coronavirus Aid, Relief, and Economic Security (CARES) Act to prevent layoffs and furloughs. The funds were connected to several taxpayer protections, but consumers have still expressed concerns about not being promptly refunded when flights were cancelled or significantly delayed, not being able to promptly redeem vouchers or credits, and not having a reliable way to resolve problems with the airlines.

A copy of the letter is available here.