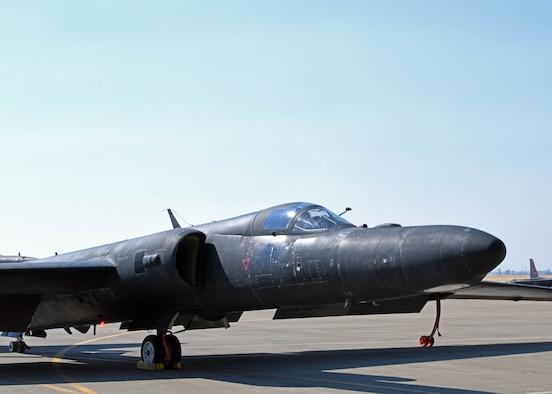 The U-2 Federal Laboratory successfully leveraged Kubernetes during a local training sortie on a U-2 Dragon Lady assigned to the 9th Reconnaissance Wing at Beale Air Force Base, Sept. 22. This represents the first time Kubernetes has flown on an operational major weapon system in the Department of Defense.

Kubernetes is an open-source container-orchestration system for automating computer application deployment, scaling, and management. It was originally designed by Google and is now maintained by the Cloud Native Computing Foundation. Its container-centric management environment orchestrates computing, networking, and storage on behalf of user workloads and allows for the deployment of complex microservice based applications with complete automation.

The U-2 flight brought together the power of four individual, flight-certified computers aboard the aircraft, leveraging the advantages of Kubernetes to run advanced machine learning algorithms without any negative effects on the aircraft’s flight or mission systems. “The successful combination of the U-2’s legacy computer system with the modern Kubernetes software was a critical milestone for the development of software containerization on existing Air Force weapon systems,” said Nicolas Chaillan, Air Force chief software officer.

“I’m incredibly proud of the U-2 Federal Lab and our Recce Town Airmen that made flying Kubernetes on the U-2 possible,” said Col. Heather Fox, 9th Reconnaissance Wing commander. “This is a milestone achievement that paves the way for rapid experimentation as we continuously work to bring the future faster and increase battlespace awareness for our Airmen. The integration of Kubernetes onto the U-2 capitalizes on the aircraft’s high altitude line of sight and makes it even more survivable in a contested environment.  We look forward to working with other platforms across the DoD to export this incredible capability.”

The U-2 Federal Laboratory is a 15 U.S.C. compliant organization established to bring together a “confluence of warfighter, developer, and acquirer” vertically-integrated under the same operational roof. The lab has developed and been approved by the National Institute of Standards and Technology to establish the 20th Laboratory Accreditation Program in the federal government. It promotes “edge development” – a concept to develop new software integration on operational systems in a bounded, safe environment.

“Given the tremendous value demonstrated by their accomplishments, Air Combat Command is building upon the U-2 Fed. Lab construct to establish and accredit this process across the enterprise,” said Dr. John Matyjas, ACC chief scientist. “We look to unleash the power of digital engineering and agile software development to seize the opportunity for rapid evolution of the technical stack; ultimately enabling the unprecedented delivery of capabilities by compressing the time to field advanced technologies at a speed relevant to the warfighter.”

Air Force leaders have previously stated that future victories in combat will depend on the service fully leveraging leading-edge digital technology. Demonstrating the use of Kubernetes while in-flight on a major weapon system, like the U-2, aligns with the Digital Air Force initiative and enables Airmen to have access to real-time data when and where they need it.