Just weeks into the pandemic, Governor Newsom announced the first-in-the-nation Project Roomkey at a West Sacramento motel which will now be converted to a Homekey site for permanent housing as part of the final round of awards

More than $835.6 million in Homekey awards issued to date for communities across the state

The seventh and final round of awards includes $129.6 million to nine applicants for 17 projects totaling 982 units

WEST SACRAMENTO – In a surprise visit to the site where he launched Project Roomkey in April, Governor Gavin Newsom announced that the site will now provide permanent supportive housing for individuals experiencing homelessness through a Homekey award as part of the seventh and final round of funding. The final round of funding totals $129.6 million awarded to nine jurisdictions for 17 projects totaling 982 units. With today’s awards, the state has now awarded nearly all available Homekey funding. To date, more than $835.6 million has been awarded to 48 jurisdictions for 93 projects totaling 6,055 units. The average per-unit cost to Homekey is $138,512 – well below the average cost in California to build new housing units. 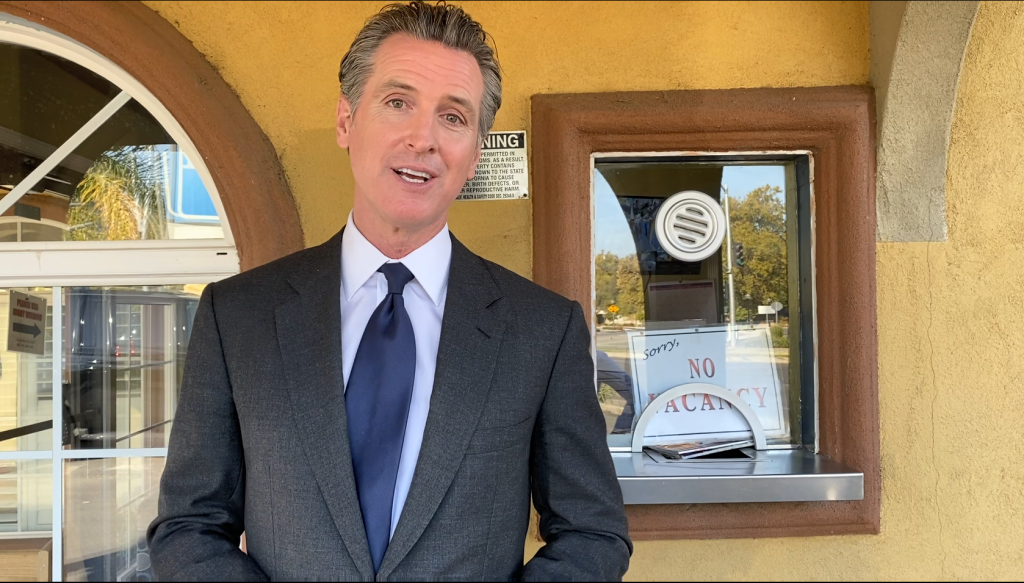 “Weeks into the pandemic we knew we had to act quickly to provide shelter to homeless Californians who were at high risk of COVID-19 exposure, so we stood up Project Roomkey,” said Governor Newsom. “Project Roomkey provided temporary emergency housing for more than 20,000 Californians. Months later, working with federal partners and the Legislature, we launched Homekey and have made available over $835 million for permanent supportive housing for individuals experiencing homelessness who are at risk of contracting COVID-19. Today, we make the final round of awards creating 982 units across the state at a cost well below the average of what it typically takes to build new units. This program is an example of what’s possible when we think outside of the box, work together across government and put the needs of those most vulnerable among us first.”

The seventh round of awards includes projects in the following communities:

The six previous awards can be found here:

“Through Governor Newsom’s bold Project Roomkey initiative, we converted motel rooms into temporary housing for more than 110 homeless West Sacramentans even as the pandemic threatened to put more residents onto the streets,” said West Sacramento Mayor Christopher Cabaldon. “Homekey builds on this remarkable success by helping us recycle motels to provide safe housing and supportive services through the pandemic and beyond, leveraging existing assets for long-term housing to bring all West Sacramentans home.”

Building on the success of Project Roomkey, Governor Newsom in July announced the availability of $600 million in funding for Homekey, the next phase in the state’s response protecting Californians experiencing or at risk of homelessness, following approval by the Legislature as part of the 2020-21 annual state budget. Of that, $550 million was provided to cities and counties by California’s direct allocation of the federal Coronavirus Aid Relief Funds, with an additional $50 million provided by the state to supplement the acquisition and provide initial operating funds. The Homekey funds were expended in compliance with federal regulations in response to COVID-19. The Governor has also announced a partnership with Enterprise Community Partners, a nonprofit dedicated to developing affordable housing, to distribute $45 million in funding – $20 million from Blue Shield of California and $25 million from Kaiser Permanente – to support operating subsidies for Homekey projects.

HCD began accepting applications for Homekey on July 22, 2020. The response from local governments and housing providers was significant – demonstrating the strength of these state-local partnerships. By the application deadline of September 29, a total of 147 applications had been received from 73 entities statewide, with over $1.06 billion requested – far exceeding the $600 million originally allocated to the program.