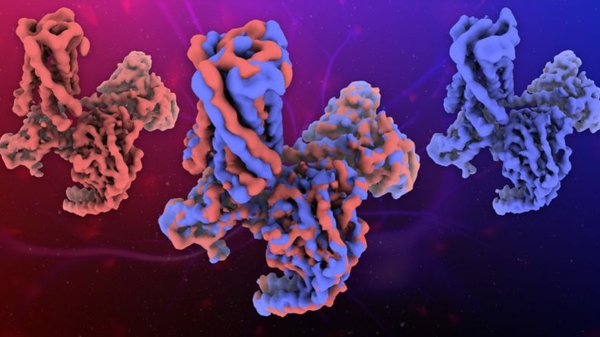 In the global race to tame the spread of COVID-19, scientific researchers and pharmaceutical companies first must understand the virus’s protein structure.

Doing so requires building detailed 3D models of protein molecules, which until recently has been an intensely time-consuming task. Structura Biotechnology’s groundbreaking software is helping speed things along.

The GPU-powered machine learning algorithms underlying Structura’s software power the image processing stage of a technology called cryo-electron microscopy, or cryo-EM, a revolutionary breakthrough in biochemistry that was the subject of the 2017 Nobel Prize in chemistry.

Cryo-EM enables powerful electron microscopes to capture detailed images of biomolecules in their near-native states. These images can then be used to reconstruct a 3D model of the biomolecules.

With cryo-EM providing valuable 2D image data, Structura’s AI-infused software, called cryoSPARC, can quickly analyze the resulting microscopy data to solve the 3D atomic structures of the embedded protein molecules. That, in turn, allows researchers to more rapidly gauge how effective drugs will be in binding to those molecules, significantly speeding up the process of drug discovery.

Hundreds of labs around the world already use the three-year-old Toronto-based company’s software, with a significant, but not surprising, surge during 2020. In fact, CEO Ali Punjani states that Structura’s software has been used by scientists to visualize COVID-19 proteins in multiple publications.

“Our software helps scientists to understand what their proteins look like and how their proposed therapeutics may bind,” Punjani said. “The more they can see about the structure of the target, the easier it becomes to design or identify a molecule that locks onto that structure and stops it.”

The idea for Structura came from a conversation Punjani overheard, during his undergraduate work at the University of Toronto, about trying to solve protein structures using microscopic images. He thought the topic would make an intriguing test case for his developing interest in machine learning research.

Punjani formed his team in 2017, and Structura started building its software, backed by large-scale inference and computer vision algorithms that help to recover a 3D model from 2D image data. The key, he said, is to collect and analyze — with increasing accuracy — a sufficient amount of microscopic data to enable high-quality 3D reconstructions.

“It’s a highly scientific domain with zero tolerance for error,” Punjani said. “Getting it wrong can be a huge waste of time and money.”

Structura’s software is deployed on premises, typically on customers’ hardware, which must be up to the task of processing real-time 3D microscope data. Punjani said labs often run this work on NVIDIA Quadro RTX 6000 GPUs, or something similar, while many larger pharmaceutical companies have invested in clusters of NVIDIA V100 Tensor Core GPUs accompanied by a variety of NVIDIA graphics cards.

Structura does all of its model training and software development on machines running multi-GPU nodes of V100 GPUs. Punjani said his team writes all of its GPU kernels from scratch because of the particular and exotic nature of the problem. The code that runs on Structura’s GPUs is written in CUDA, while cuDNN is used for some high-end computing tasks.

Right Software at the Right Time

Given the value of Structura’s innovations, and the importance of cryo-EM, Punjani isn’t holding back on his ambitions for the company, which recently joined NVIDIA Inception, an accelerator program designed to nurture startups revolutionizing industries with advancements in AI and data sciences.

Punjani says that any research related to living things can now make use of the information from 3D protein structures that cryo-EM offers and, as a result, there’s a lot of industry attention focused on the kind of work Structura’s software enables.

“What we’re building right now is a fundamental building block for cryo-EM to better enable structure-based drug discovery,” he said. “Cryo-EM is set to become ubiquitous throughout all biological research.”

Stay up to date with the latest healthcare news from NVIDIA.