Boston’s neighborhoods are made up of diverse populations each with their own specific histories. Bostonians who emigrated to the City bring their traditions with them. These traditions are often generations old and hold deep meaning. In the final part of this two-part series, we look at how Bostonians keep established traditions alive in new ways.

Carrying on traditional activities in a new environment provides residents with a sense of comfort in spaces that may not totally feel like home. Virginia Magliaso describes how, for many Italian homes in the North End, maintaining their tradition of gardening served as a grounding force and gave them a way to embrace their history of farming in Italy.

Check out this beautiful and detailed 1902 seed catalog from Farquhar’s Catalogue of Seeds! The seed company once had a storefront near Quincy Market. 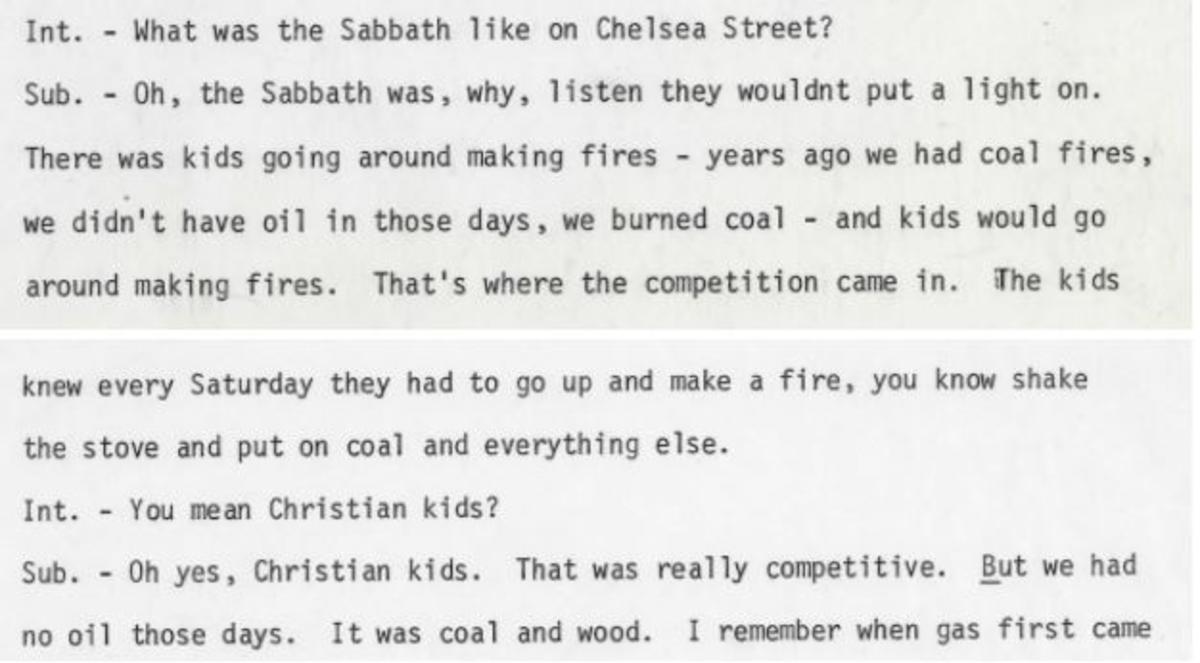 Gabe Piemonte also took part in this ritual. He remembers spending his Friday and Saturday nights touring the streets of his North End neighborhood with his brother and lighting fires for their Jewish neighbors.

Take a look at this certification created for the appointment of Rabbi Benjamin Liderman to East Boston’s Congregation Ohel Jacob. Founded in 1893, Ohel Jacob was East Boston’s oldest synagogue and originally located on Paris Street.

Living in a neighborhood rich with traditions creates a space where neighbors can embrace each other’s cultures. Dave Kunze, a life-long Roslindale resident, discusses living in an apartment as a child and his connection with an older Latvian woman who was the building’s landlord. He remembers the delicious soup the woman made using traditional Latvian recipes, and even remarks on how it compared to his mother’s cooking! 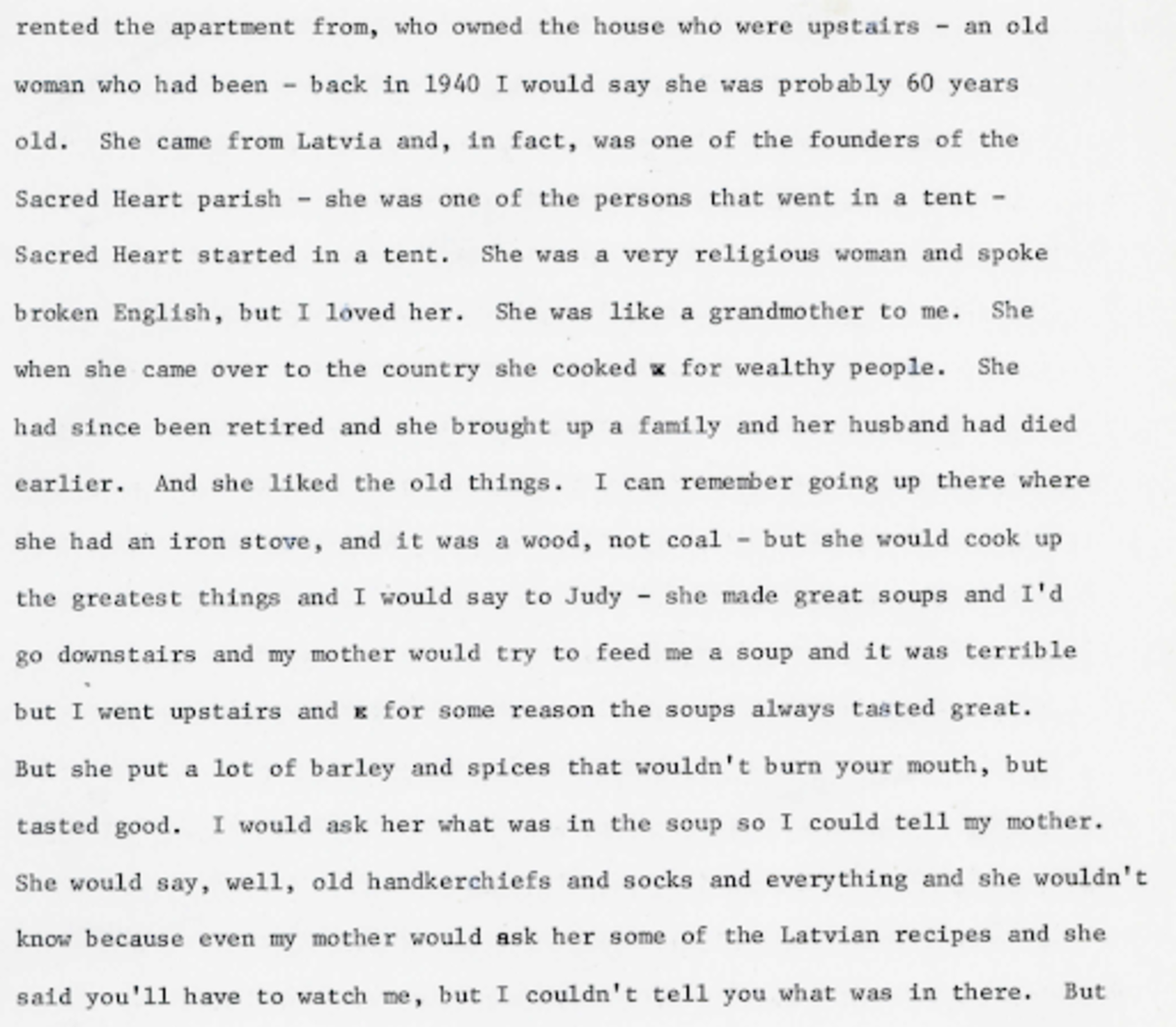 Within a family, traditional activities can be passed from generation to generation in small, subtle ways. Built on kindness and instilled beliefs, these activities happen naturally. Brighton resident Nora White Casey discusses the idea of providing food for those in need and how this tradition is an important part of her daily life. Nora describes how she learned this tradition from her mother who took part in the same activity while living in Ireland. 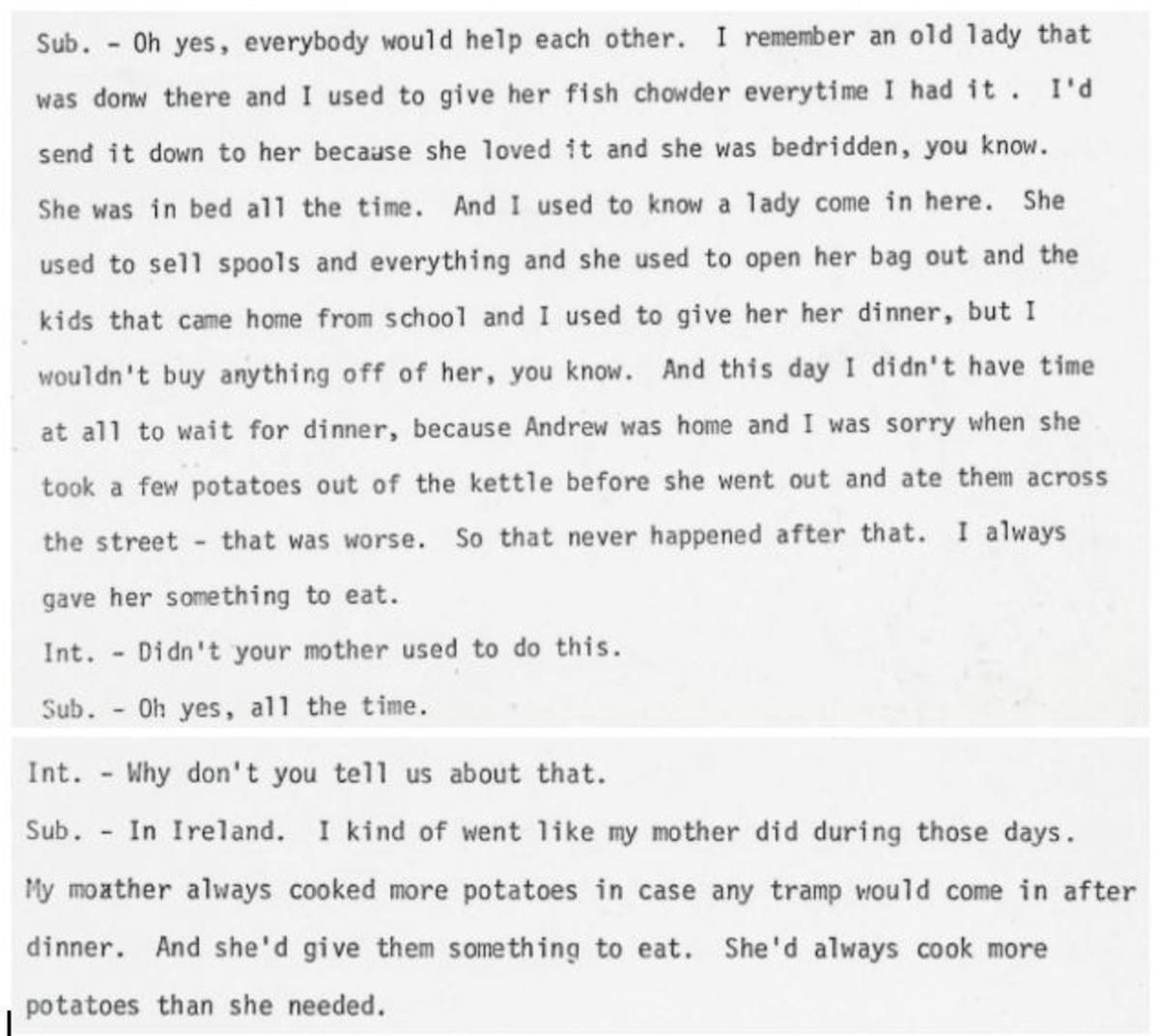 Finding kinship keeps a history alive even far, far from home. Married Brighton residents Aurora and Ideale Salvucci were both born in the United States, but several generations of their families lived near each other in a village in Italy. Once the families moved to the United States, Aurora describes how their families’ previous shared traditions in their home country created a bond and sense of community that remained strong. 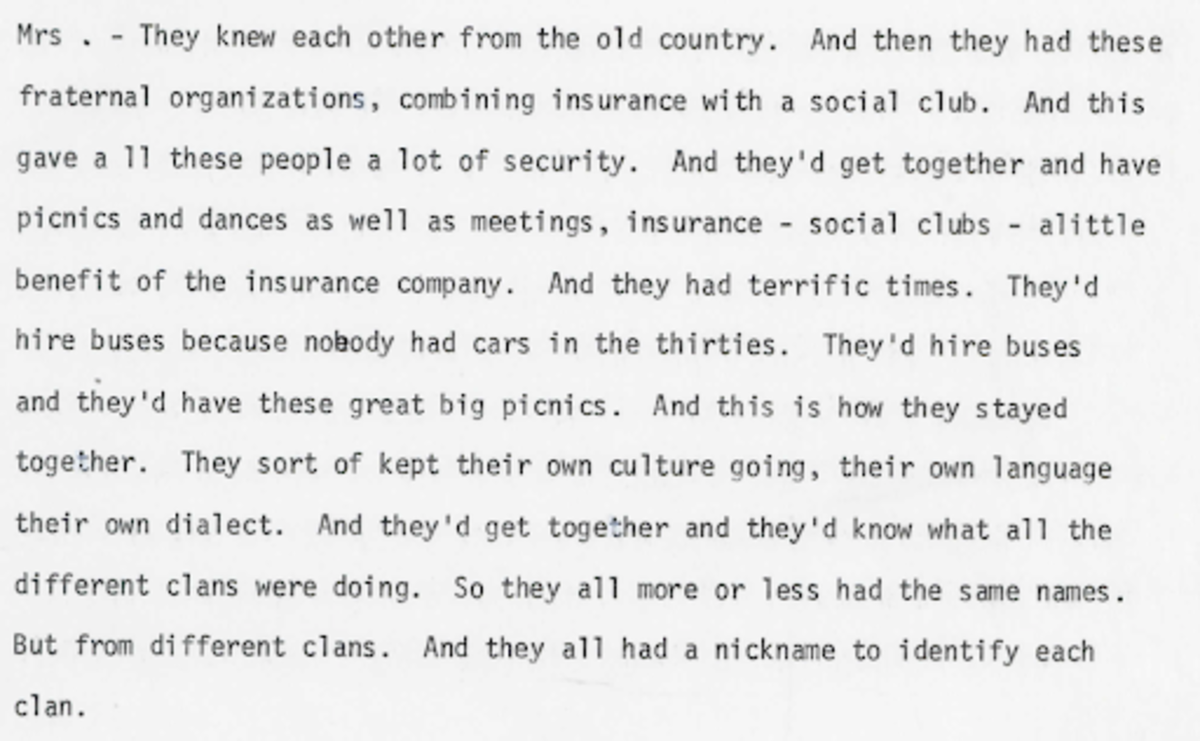 Social clubs like the ones in which Aurora and Ideale’s families were a part of existed all over Boston. Take a look at these beautiful program booklets for the Paul Revere Social Club’s 1901 “Second Grand Ball” and the 1902 Unione Eolia Italian Society’s “First Grand Ball.” These programs are from our Scigiliano Family collection. 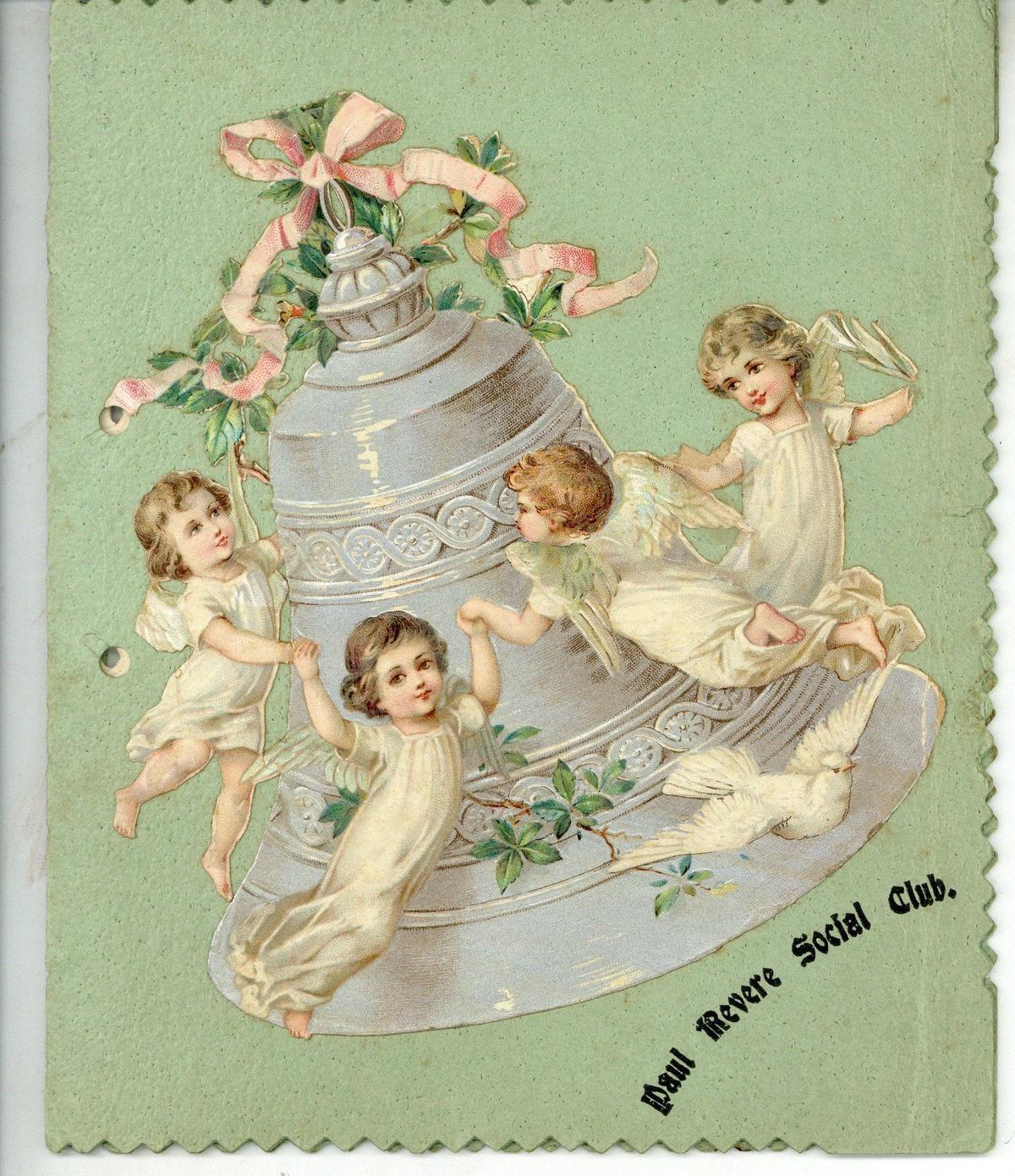 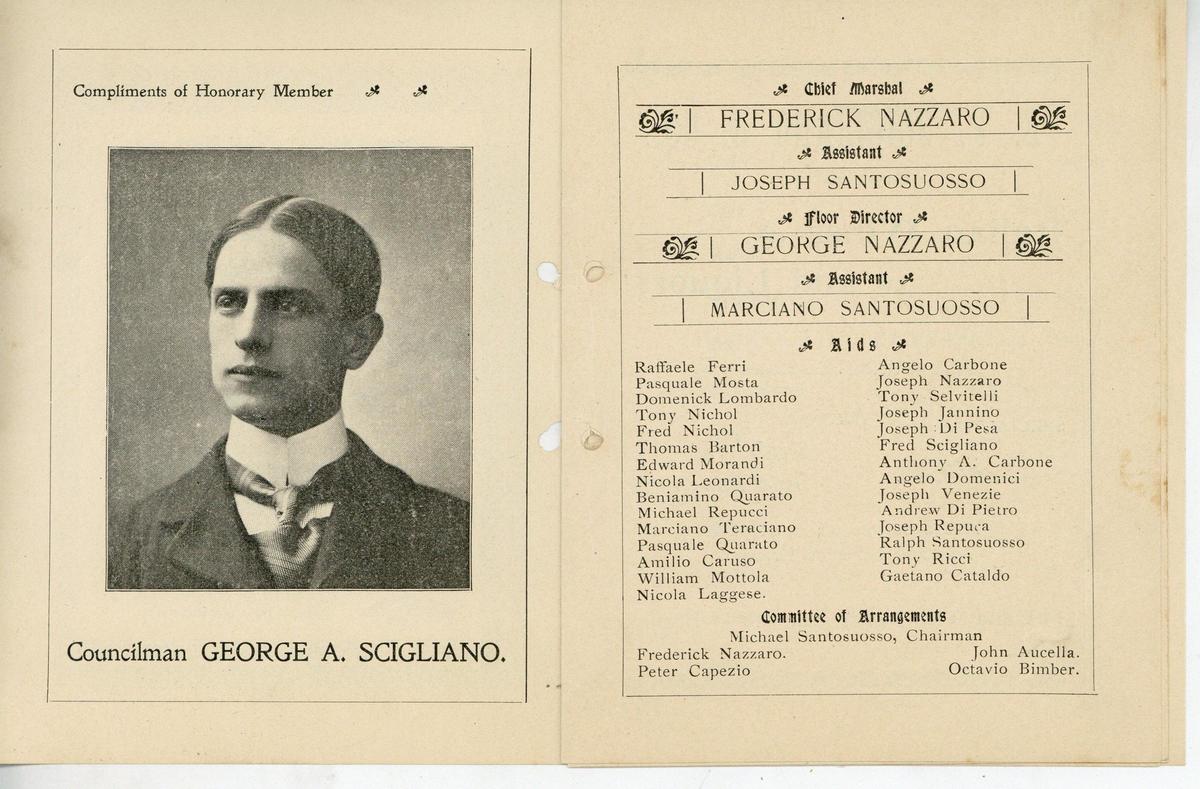 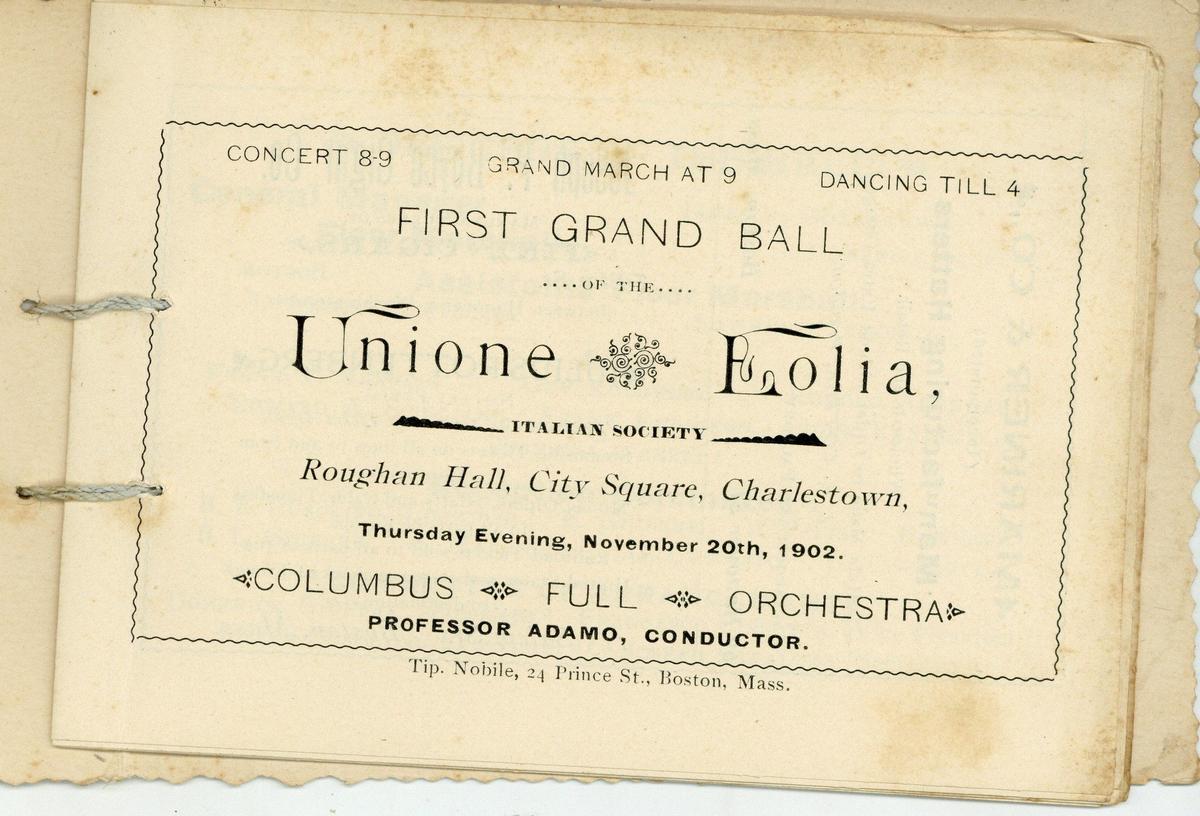 While traditions change over time as new generations experience them, remembering the history of a tradition is very important. Sam Gurvitz discusses Cantoreo music and how this important Jewish musical tradition has evolved. Sam describes how he keeps this music alive in his North End neighborhood and the joy it brings to those who experience it. 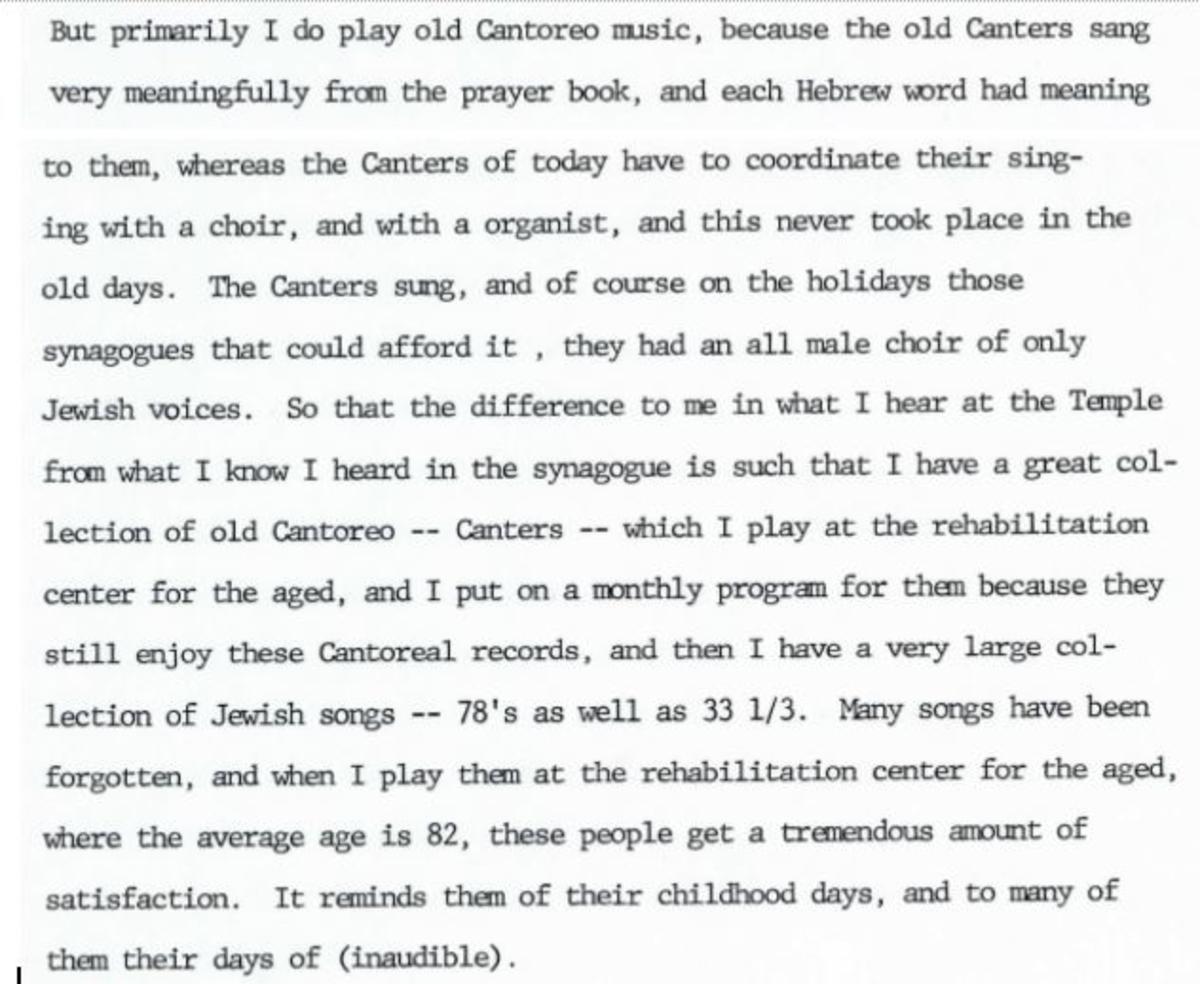 While new spaces bring change to one’s environment and routine, Bostonians prove that cultural traditions have no boundaries. These important practices move and adapt with us, making us who we are. Keeping these traditions alive is vital in not only creating our histories, but sustaining them.

Emma Horning is a Master of Library and Information Science candidate at the University of Wisconsin Milwaukee where she is concentrating in Archival Studies.