AG James Has Taken More Than 2,200
Firearms Out of Communities Since 2019

NEW YORK – New York Attorney General Letitia James today announced that 125 firearms were turned in to law enforcement at a community gun buyback event in Plattsburgh hosted by her office and the Plattsburgh Police Department. In a continued effort to protect New York communities, the Office of the Attorney General (OAG) accepts — with no questions asked — working and non-working, unloaded firearms in exchange for compensation on site. To date, Attorney General James has taken more than 2,200 firearms out of communities through gun buyback events and other efforts since taking office in 2019.

“Our neighborhoods are safer when we take dangerous guns out of our communities and ensure that they can never be of harm to anyone,” said Attorney General James. “In light of an increase in gun-related violent crime across Clinton County, it is essential that we do everything we can to stop gun violence and protect our families and children. My office will continue to take every measure possible to protect communities in Plattsburgh and throughout New York, and we thank our partners in law enforcement for their vital support and collaboration in this effort.” 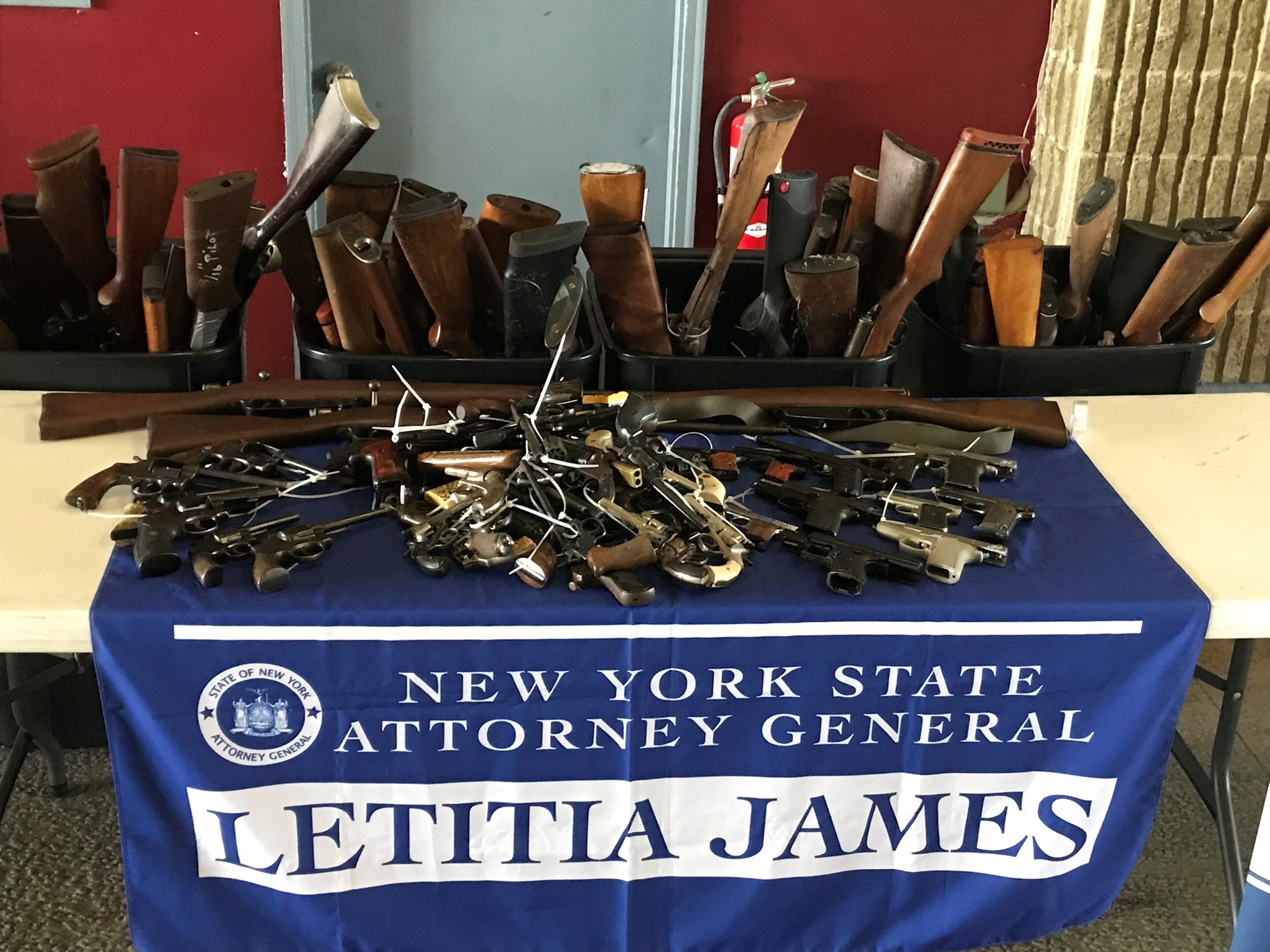 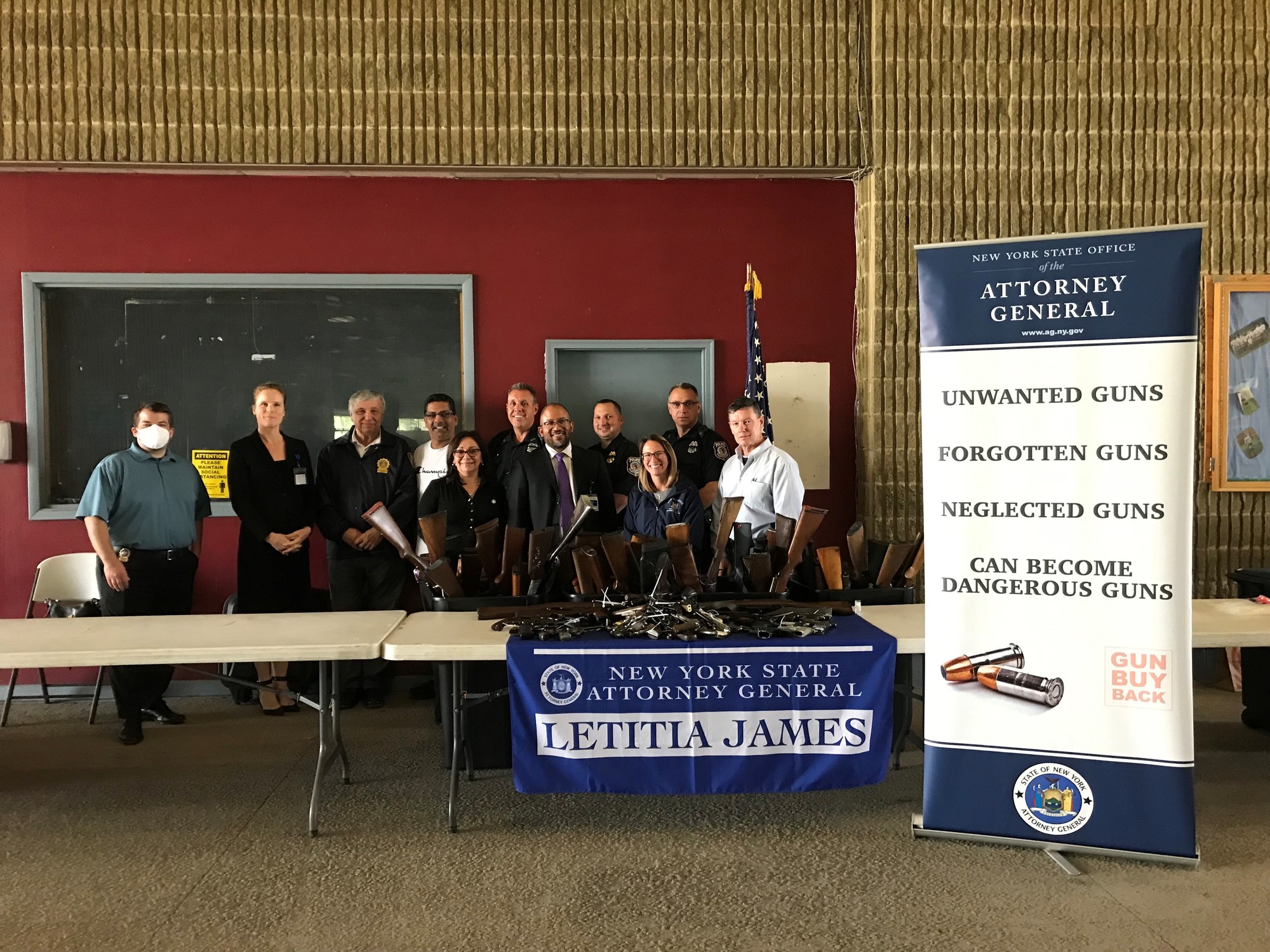 “The gun buyback event is a safe and efficient way to remove unwanted guns that people may have laying around their house,” said Plattsburgh Police Lieutenant Darin Perrotte. “Many North Country residents possess firearms either that they personally purchased or acquired as they were passed down generationally. These may be hunting rifles, pistols, or other antique firearms. The gun buyback gives people a safe means for disposing of these firearms and preventing them from ending up in the wrong hands. We thank the New York Attorney General’s Office for working in collaboration with the Plattsburgh Police Department to safely remove these guns from our streets.”

Today’s community gun buyback resulted in the collection of 125 guns, including 63 handguns, 57 shotguns and rifles, and 5 non-working guns. Since 2013, OAG has hosted gun buyback events throughout New York state and has successfully collected more than 4,200 firearms.

In exchange for the firearms, OAG offered monetary compensation, in the form of prepaid gift cards, when an unloaded gun was received and secured by an officer on site.

“The partnership with the Attorney General’s Office has been instrumental in developing this opportunity for our community,” said Plattsburgh Mayor Christopher Rosenquest. “That partnership is much appreciated and respected. Not only does this program help remove unused or unneeded firearms off of our community’s streets but also shows our community members, business leaders, and other municipal leaders that we’re actively working towards responsibly making our street’s safer. It’s important for the community to understand that a lot of the firearms surrendered are from owners who either are no longer interested in owning the weapon. Surrendering these items reduces the chance of them getting stolen or lost over the years.”