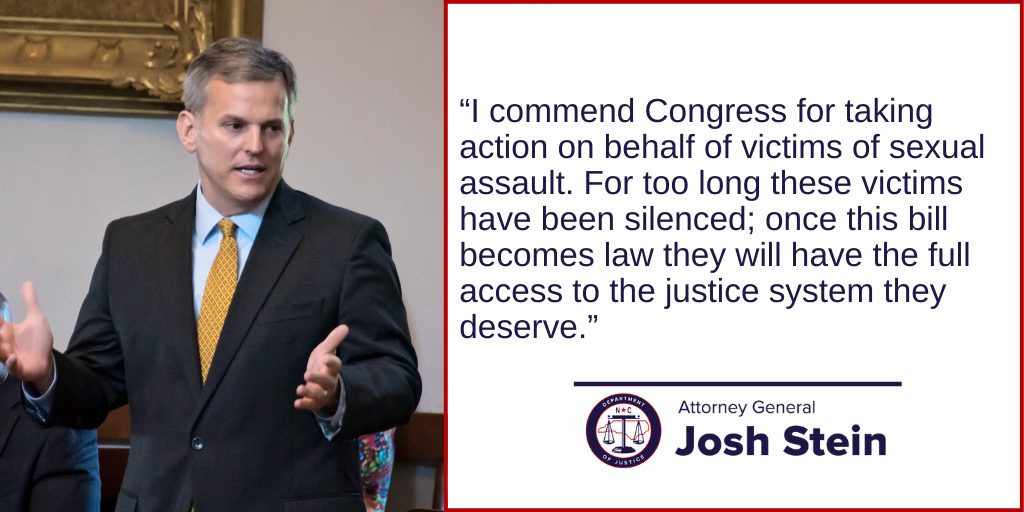 (RALEIGH) Attorney General Josh Stein today released the following statement after the U.S. Senate passed a bill on Thursday that would allow people to file workplace sexual assault and harassment lawsuits instead of being forced into arbitration. The House of Representatives passed the legislation earlier this week, and it will now move to President Biden to be signed into law. In 2018, Attorney General Stein and then-Florida Attorney General Pam Bondi led a bipartisan coalition of 56 attorneys general urging Congress to enact this legislation.

“I commend Congress for taking action on behalf of victims of sexual assault. For too long these victims have been silenced; once this bill becomes law they will have the full access to the justice system they deserve.”