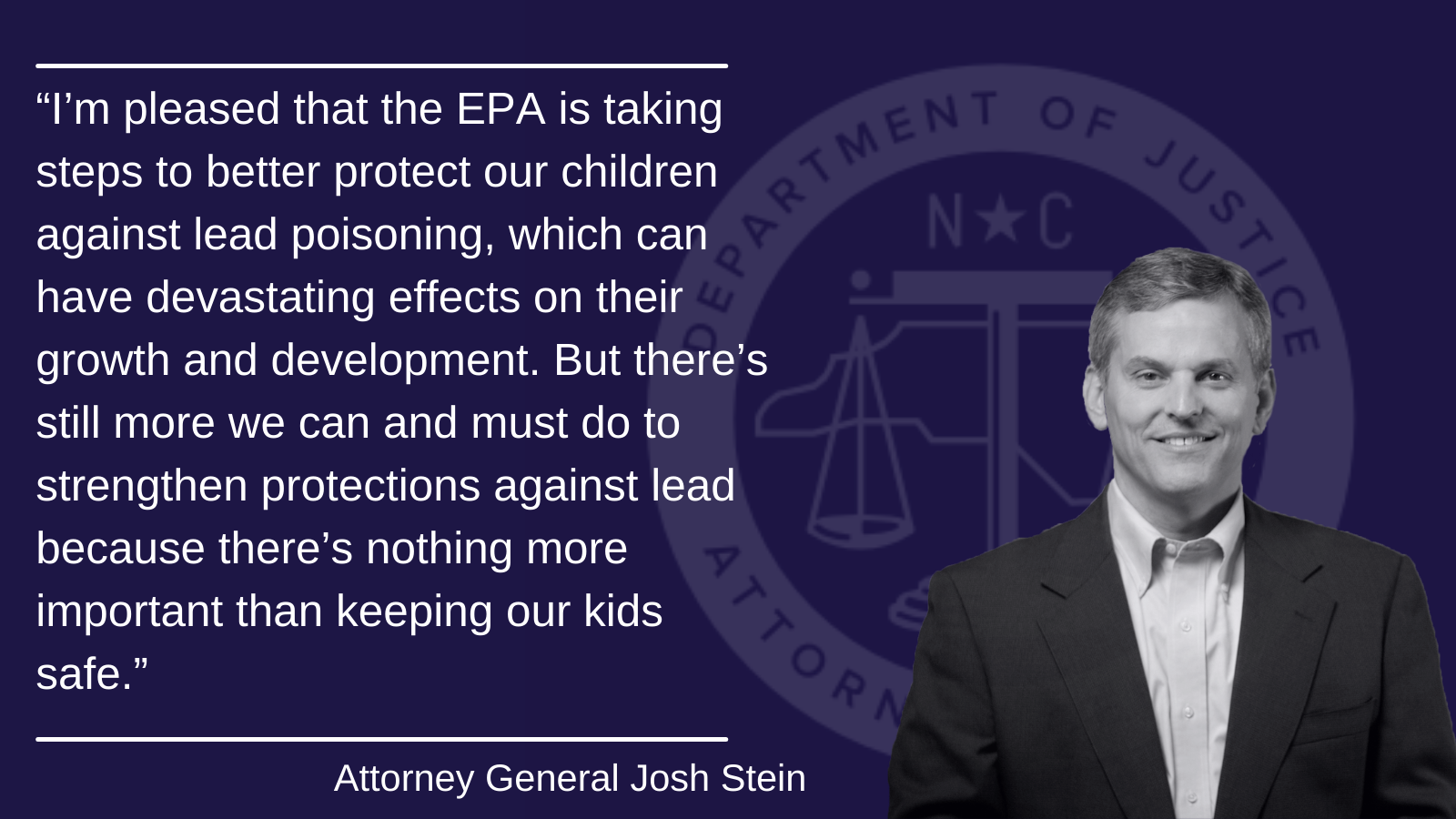 (RALEIGH) Attorney General Josh Stein called on the United States Environmental Protection Agency (EPA) to strengthen protections against lead poisoning, particularly for children living in low income communities and communities of color. Lead is a highly toxic metal and it’s estimated that children in nearly 4 million households across the country are exposed to high levels of lead.

“I’m pleased that the EPA is taking steps to better protect our children against lead poisoning, which can have devastating effects on their growth and development,” said Attorney General Josh Stein. “But there’s still more we can and must do to strengthen protections against lead because there’s nothing more important than keeping our kids safe.”

A 2021 study published in the Journal of the American Medical Association Pediatrics suggested that more than half of all U.S. children have detectable levels of lead in their blood, and these elevated blood lead levels were closely related to poverty, race, and living in older housing. Children who have been exposed to even very low levels of lead are at risk for neurological and physical problems during critical stages of early development. In fact, no safe lead level in children has been identified. Children under six are more likely to be exposed to lead than any other age group, because they are more likely to chew lead paint chips, breathe in or swallow dust from old lead paint that gets on living areas, or otherwise be exposed through soil, food, and other consumer products.

In their comments, Attorney General Stein and 18 other attorneys general credit the EPA for identifying government-led public health strategies and addressing public health and lead contamination concerns, but also ask the EPA to strengthen its approach by:

A copy of the comments is available here.