Winding Up the 2022 Legislative Session

With only two full weeks remaining, legislators are working to push their proposals across the finish line before the 2022 legislative session ends on May 13. This week, the Senate sent its version of the Fiscal Year 2023 operating budget back to the House for its review. The Senate’s budget fully funds our state’s education foundation formula to ensure our K-12 schools have the resources they need, and it provides an additional $214 million for school transportation funding, an important boost for our rural schools. The Senate version also appropriates more money to our state’s colleges and universities, includes investments in infrastructure needs and expands broadband internet access throughout the state. The final appropriations bills must be passed by both chambers and sent to the governor by May 6.

My proposal to modernize our energy grid, streamline rate adjustments and create a solar energy task force, Senate Bill 756, passed out of House Financial Institutions Committee and will hopefully be debated in the House chamber soon. My Senate Bill 823, which contains several provisions and amendments to protect children, needs one more vote of approval before being debated by the entire House. In addition, I amended language on to House Bill 2627 to designate the area between Highway Z to State Highway 43 on Highway 171 in Jasper County as “Atomic Veterans Memorial Highway.”

For the remainder of session, I will be the handler of several House Bills in the Senate. One of these, House Bill 2116, includes language from my Senate Bill 761 to appoint an essential support person and allow compassionate care visitation for persons who are hospitalized or reside in assisted care facilities. If enacted, no patient will be left alone, a much needed response to the isolation many families experienced during pandemic-related lockdowns.

Another proposal I’m handling in the Senate is House Joint Resolution 116. During the 2021 legislative session, we passed my military affairs bill, Senate Bill 120, and one of its provisions creates the Missouri Department of the National Guard, pending voter approval. In order to place this on the ballot and amend the Missouri Constitution to include the newly created department, HJR 116 must receive approval from both chambers. Having passed the Senate Seniors, Families, Veterans and Military Affairs Committee on April 20, the measure is one step closer to appearing on the November ballot. 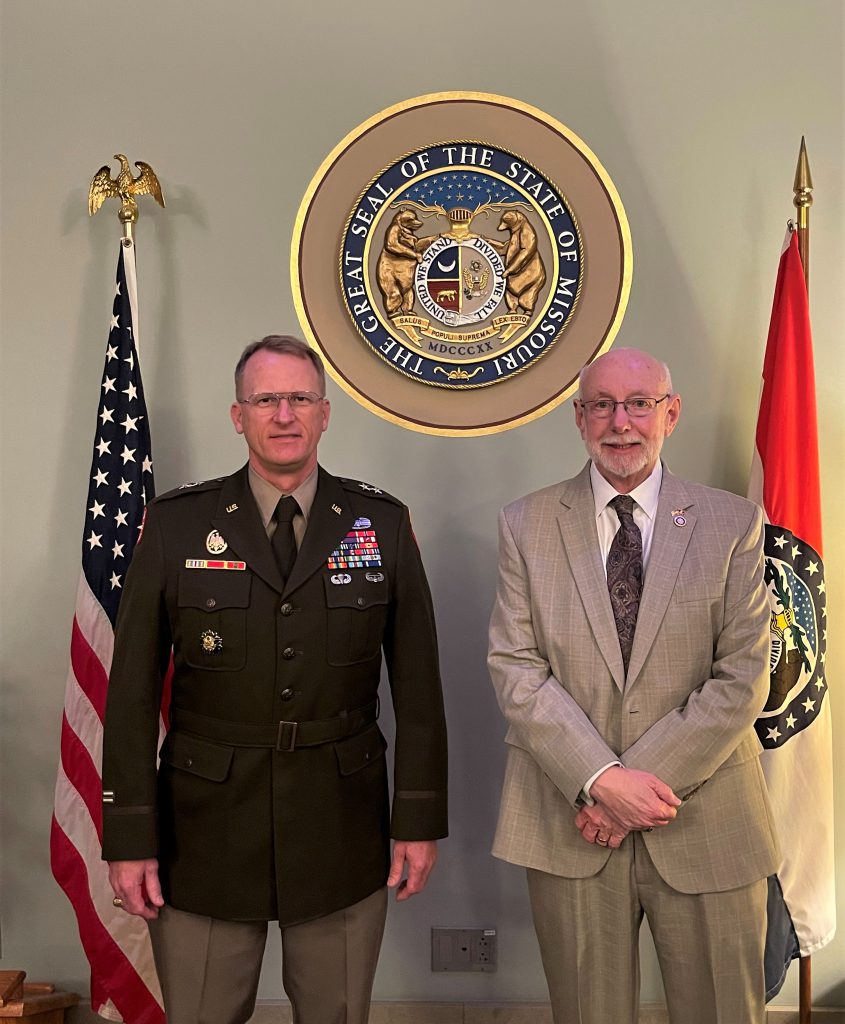 On Friday, April 29, communities around the globe will celebrate the 150th anniversary of Arbor Day by planting new trees and caring for existing ones. According to the Missouri Department of Conservation (MDC), forests cover a third of our state, down from 70% of our topography in the 1800s, and provide outdoor recreation, wildlife habitat, jobs, timber and abundant, natural beauty. Trees play a vital role in protecting the environment and improving overall well-being, so take advantage of this amazing resource and plant a tree to enjoy for years to come. Click here to learn about timber management, invasive species and tree planting and care.

On April 26, I was honored to introduce some decorated veterans and a few of the last surviving Missouri heroes who fought in WWII in the chamber, including the oldest living state senator, Dr. James Nolan. Read my column, The Greatest Generation, if you are interested in learning more about our nation during WWII. 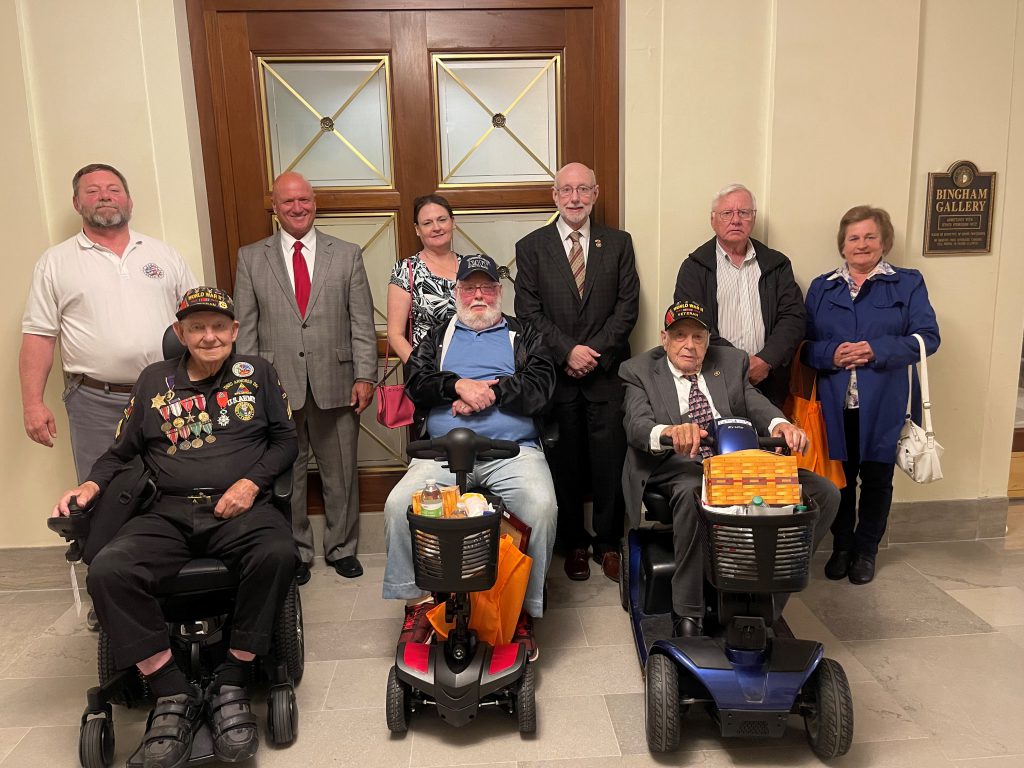 Veterans of WWII, the Gulf War and Operation Iraqi Freedom gather after their introduction on the floor. Harry Reed, Roger Graves and former senator, Dr. James Nolan, are in the front row, and behind them are John Morlock, Sen. Bernskoetter, Sherry McKinney, Sen. White and Frank and Mava Zilka.

Welcoming Our Community to Jefferson City

Several more advocacy rallies and events occurred this week at the Capitol. Below are a few residents from our community I welcomed to Jefferson City. 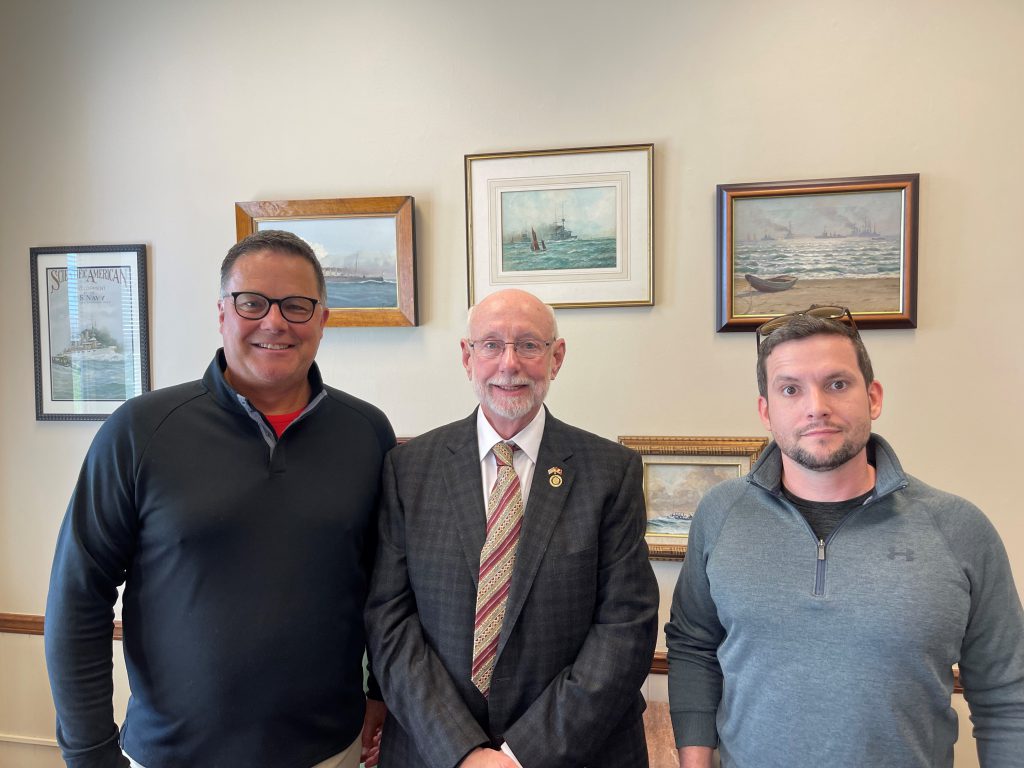 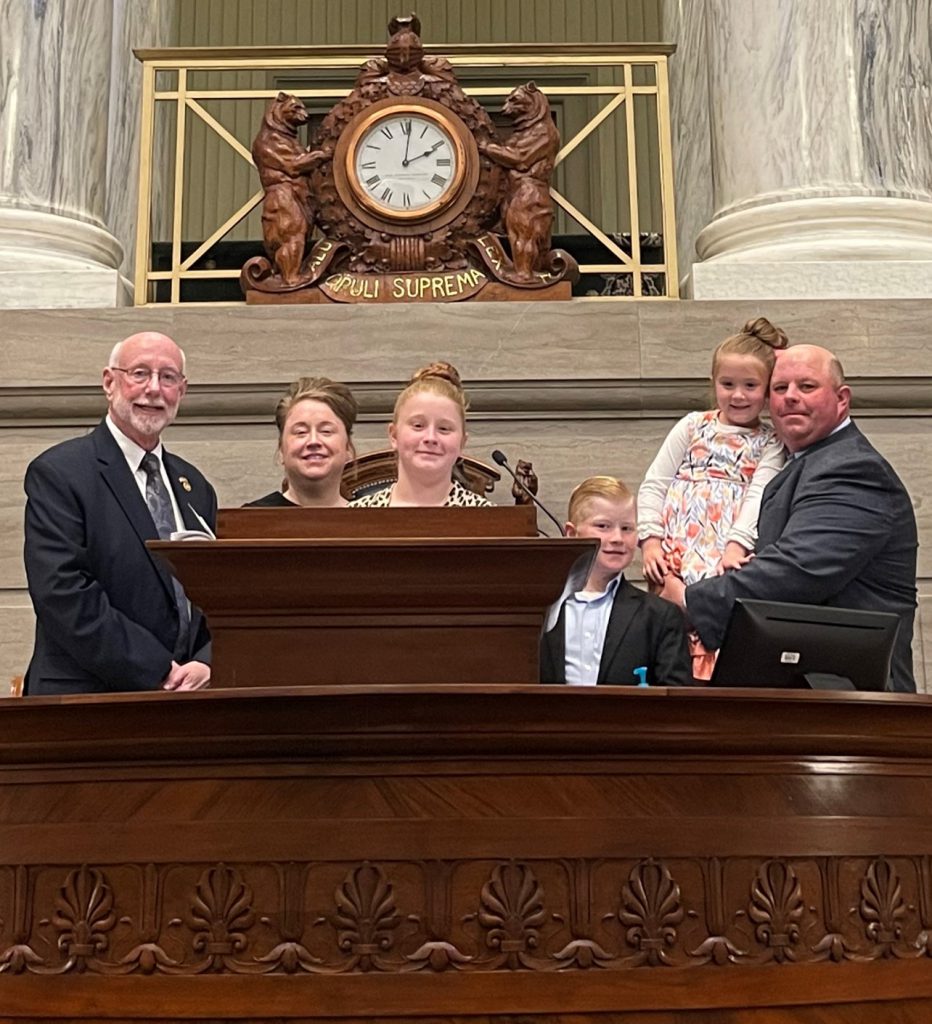 Senator White joins Carrie, Emma, Hunter, Anna and Keith Sampson after introducing them in the chamber. 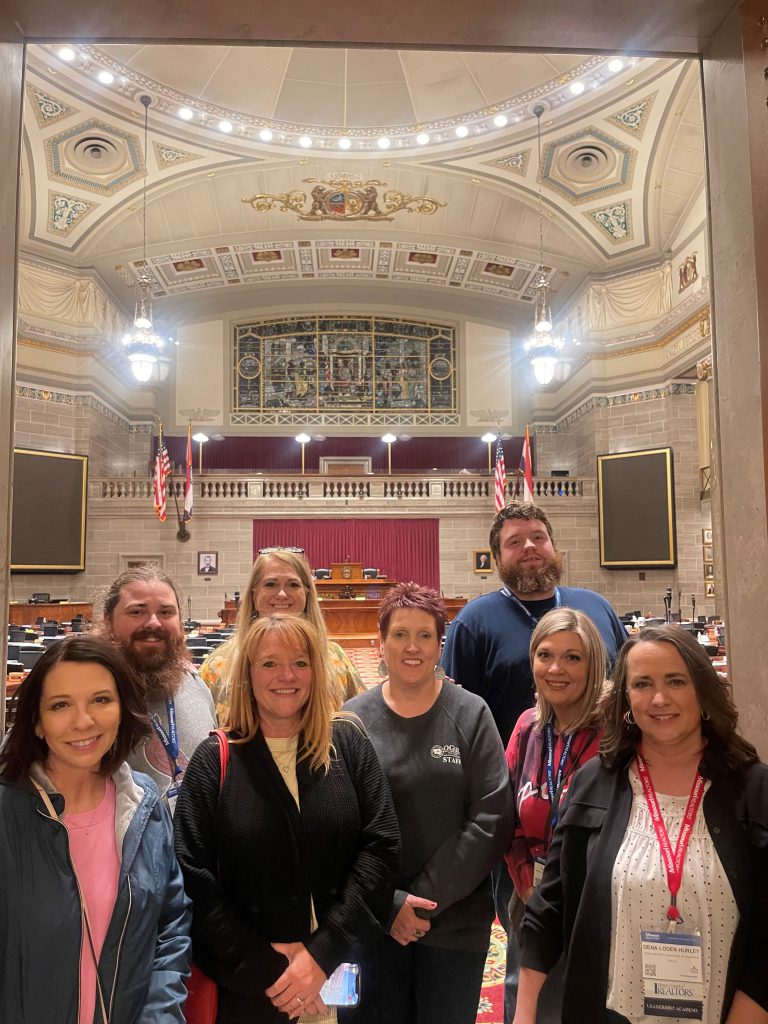 Several REALTORS from our community attended the Missouri REALTORS advocacy day on April 27 and posed for this photo in the House chamber.

Audio: This Date in Missouri Senate History for May 22

Road to Close for Patching on Route BB in Knox County