Even though today marks the 10-year anniversary since the creation of DACA, its future is unfortunately still uncertain. We are asking the Biden administration to permanently protect the millions of immigrants from being deported from the country they call home.

Today marks ten years since the creation of the Deferred Action for Childhood Arrivals (DACA) program, which has been an integral tool for protecting immigrants who were brought to the United States as children. In the past decade, DACA has given hundreds of thousands of young people the freedom to pursue educational and work opportunities without fear of being deported from the only home they know.

Despite DACA’s successes, it does not provide permanent protections. As the program continues to undergo political attacks and legal challenges, its uncertain future weighs heavily on Dreamers who have DACA and their families. Their fears are shared by millions more undocumented immigrants who do not qualify for DACA and who continue to face the threat of detention, deportation, and family separation.

No one should have to live in fear of being ripped away from their homes and loved ones. This nation of immigrants has seen time and time again that welcoming and supporting immigrants makes our country stronger, safer, and more vibrant. Our immigrant neighbors, friends, and colleagues make valuable contributions to our communities, and they deserve to have a permanent home in the United States.

Therefore, on this tenth anniversary of DACA, I urge you to take all possible actions to ensure that all immigrants living in the United States have permanent protections from deportation. Such protections are necessary for the security, safety, and dignity of our residents. Our immigrant communities deserve no less. 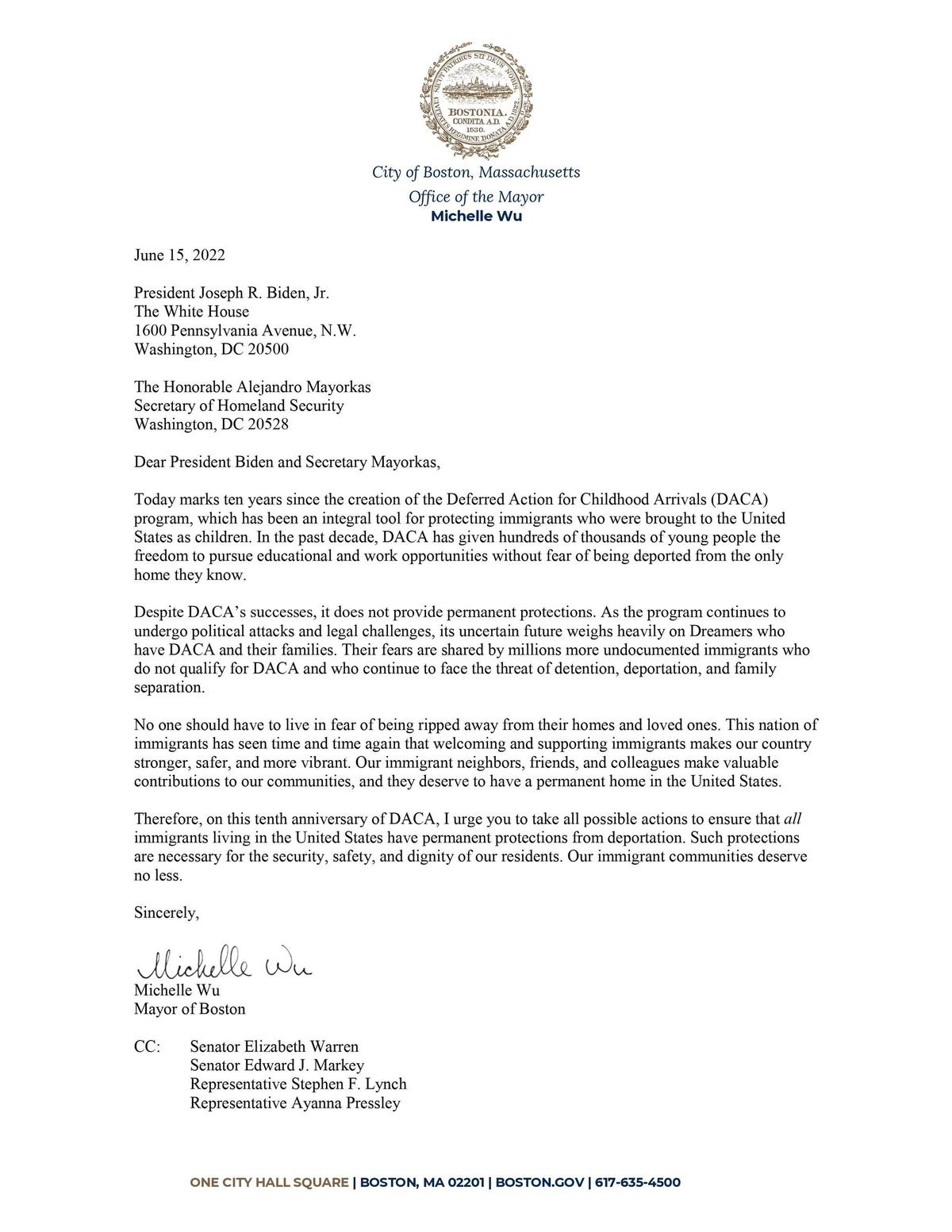 Women’s Advancement’s Statement Regarding the Overturn of Roe vs. Wade

June 2022: Latest Updates from the Mayor’s Office of Housing