New York state has robust protections in place ensuring that anyone who can get pregnant can get an abortion. In 2019, the state legislature passed the Reproductive Health Act, codifying the protections of Roe and guaranteeing access to a safe and legal abortion.

“Even with today’s Supreme Court decision overturning Roe, abortion remains legal in New York,” said Attorney General James. “The people of New York — and all those who may come here seeking care — have my word that New York state has been and will continue to be a safe haven for abortion access. I will never stop fighting to protect the freedom to make our own decisions about our lives and futures.”

New Yorkers are encouraged to consult the Office of the Attorney General’s advisory on abortion access if they have questions regarding their rights. The advisory is available in English, Spanish, Simplified Chinese, Korean, Russian, Italian, Polish, Bengali, and Arabic, with additional translations forthcoming. 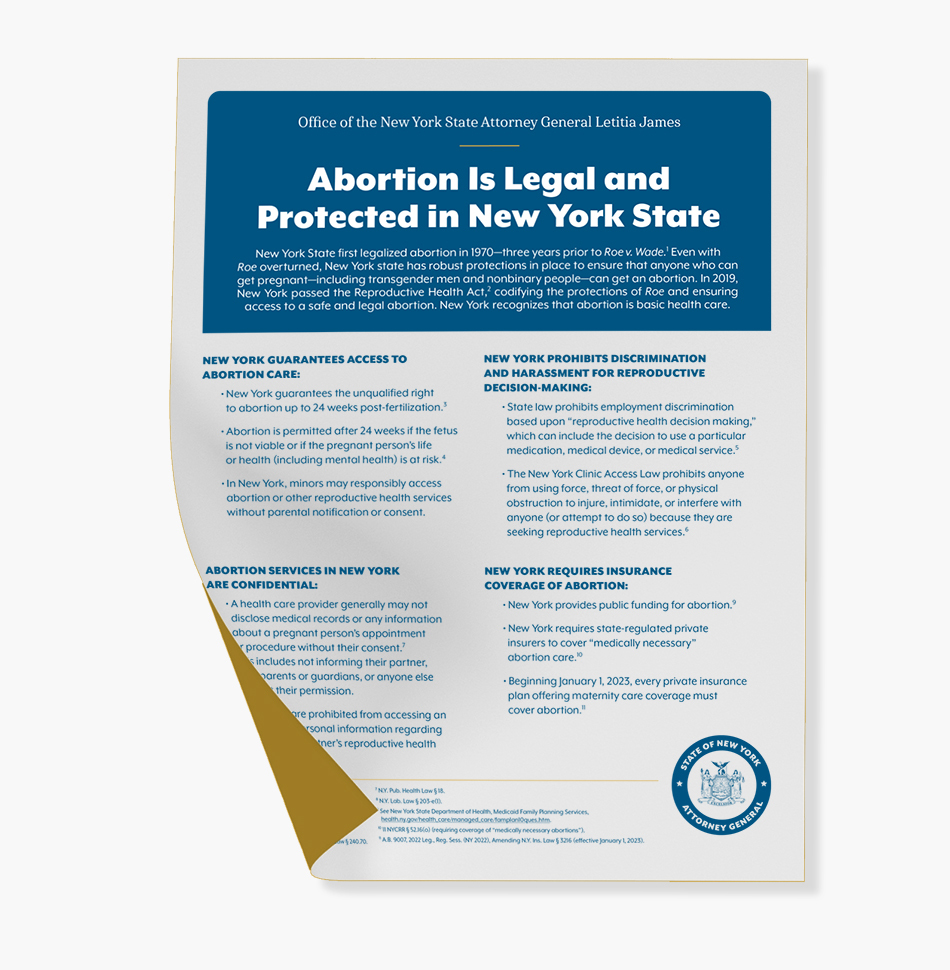