Pivoting from a powerful community conversation on September 1 about the Archaeology Program’s planned CPA-funded Slavery exhibit in Faneuil Hall, the A-Team is returning to the trenches for the first time since 2019. 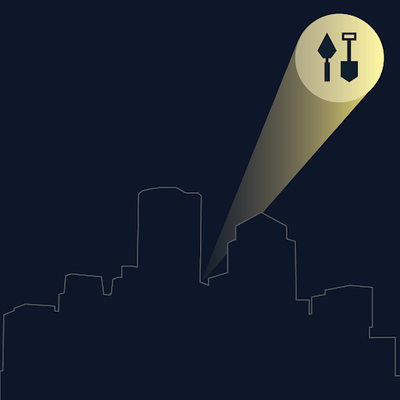 With three digs planned, all focusing on Boston’s Black History, it will be a busy few months.  Up first will be a survey at 42-44 Shirley Street, the recently landmarked outbuilding, likely a stable, from the Shirley-Eustis Place in Roxbury.

Recent map research suggests that the stable building was moved to its current location. If this is true, then the overall arrangement of buildings on the property is different than we believed when we landmarked the property in 2021.

Perhaps more importantly, if the stable was moved, then it is likely that the original location of the Shirley-Eustis House before it was moved in 1867 was the yard at 42-44 Shirley Street.  The team is likely to uncover the original foundations. These foundations and the basement are the historic kitchens and living quarters lived in and used by the Black enslaved people at the property.

The other two digs have yet to be announced, but they promise to be an exciting glimpse of the Black history of at least two other neighborhoods in Boston.  If you are interested in volunteering at a dig, the Archaeology program announces their volunteer opportunities through their newsletter.

Meanwhile, back at the Lab, work has begun on the new City Archaeology Lab, with plans for reopening to the public in early January.  The A-Team is looking forward to spending some time away from their construction trailer and more time outside in a hole somewhere near you.